One of the biggest issues that users on virtual servers face is the “noisy neighbour” problem. This is exemplified by inconsistent server performance, especially during peak times of the day, due to other users on the server. But what causes this problem, and how can you avoid it?

See Also: ServerMania vs. AWS vs. GCP: How do they compare?

What Exactly is the Noisy Neighbour Problem?

In a virtual server environment, each tenant of the hypervisor (the master node hosting the virtual machines) has an isolated OS environment and is allocated a certain amount of CPU share, disk space, and server memory. The way that resources are divided varies by virtualization type, but in theory, users should not be impacted by one another in a properly divided virtual environment.

The noisy neighbour problem occurs when tenants of the node start to experience increased CPU wait, slow disk I/O times, and other signs that other users on the node are conducting server activities which are negatively impacting their server performance.

It’s like when you live in an apartment building and share the water supply. You’d expect to get full water pressure no matter what your neighbours are doing. But in an improperly configured building, you’ll start to lose water pressure as too many people use the water at the same time.

What Impact Does It Have On Users?

As you can imagine, the noisy neighbour problem can have disastrous effects on server performance. That is why it is one of the most common complaints about Virtual Private Servers. Users love the affordable price tag, but at one time of the day their sites could be loading at blazing fast speeds, and later in the day they are crawling along.

Unless the virtual server is being used completely for development purposes and users are willing to sacrifice performance and potential downtime for the cost savings, most businesses and applications have very little tolerance for a server that performs inconsistently. 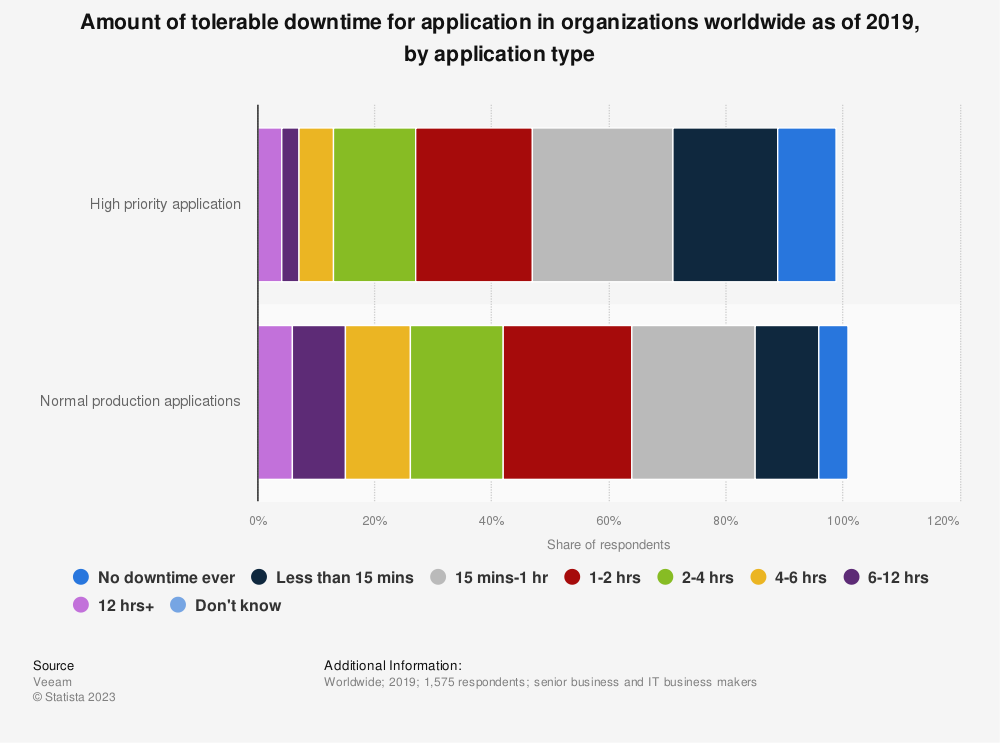 The noisy neighbour problem can be attributed to a variety of choices that server providers make.

In the traditional VPS model, the one that you are most likely to see being used by thousands of VPS hosts throughout the world, dozens or even hundreds of virtual machines are placed onto a single server node. This server is beefy - usually something like a Dual E5-2630v3 with 256GB of RAM. It has plenty of server resources to handle a variety of server activity.

Why is this model used? Because it has the potential to deliver the maximum amount of profits for the host and many users won’t notice the performance swings that come with shoving so many people on one server.

But this notion of choosing the largest server and putting as many people on it as possible is a broken model. It’s great for hosts, but terrible for users who want a consistent server performance. Even if a provider is somehow able to maintain a stable CPU idle time, the bottleneck of so many users accessing a finite amount of disk I/O is usually what causes server slowdowns during peak times of the day.

The traditional VPS market is also notorious for relatively low profit margins. Even with hosts trying to put as many clients as they can on one node to maximize profits, traditional VPS providers are often in a race to the bottom with their competitors, trying to offer the most resources for the lowest price.

What inevitably comes next for budget providers is the practice of overselling - the realization that a customer allocated 1GB of RAM will normally only use 512MB, so instead of putting 32 1GB VPSes on a server, you put 48 or 72 customers on the node.

What happens when users start to actually use their allocated resources? In the best case scenario, there are server slowdowns for tenants on the node. In the worst case, providers start to suspend users for “using more than their fair share.”

Other virtualizations solutions like OpenVZ have a much lower system overhead on the master node, but they also allow for overselling and do not lock resources to each user as rigidly. That’s why OpenVZ is a popular choice in the budget hosting market as providers can oversell and share resources between users to maximize profits.

See Also: KVM vs. OpenVZ: Which Virtualization Technology to Choose?

Finally, even in an environment with the right virtualization, the right hardware, and no overselling, users can still experience inconsistent server performance if the hypervisor is not being managed properly. This includes ensuring that the node is monitored and staffed 24x7 to keep track of every aspect of server performance, as well as maintaining best practices in node management.

How to Solve the Noisy Neighbour Problem: A New Virtual Server Model

In order to solve the noisy neighbour problem, ServerMania turned the traditional VPS model upside down in order to address each of the causes of poor server performance.

The result? A virtual server experience that is consistent, reliable, and affordable.

Every component of our hybrid server hosting platform is crafted for maximum reliability and resilience.

Are you ready to say goodbye to unreliable virtual servers and noisy neighbours? Take a look at the ServerMania Hybrid Server lineup and find out why thousands of businesses around the world trust ServerMania with their most important business goals. You can also book an expert server consultation and we’ll help you find the right server to meet your needs and budget.